River West is a small area within West Town, just east of the Kennedy Expressway and west of the North Branch of the Chicago River, between Division Street and Grand Avenue. The area is bisected by the elevated Union Pacific Railroad tracks. Similarly to its neighbor to the south, the Fulton River District, River West, was also once recognized for only its meatpacking houses, as well as distribution centers. However, it has experienced a cultural revitalization in its recent years. River West contains several large loft buildings, most of which were converted in the mid-1980s for residential use. St. John Cantius church and the Chicago Academy for the Arts, which is located in St. John Cantius’ former school are located in River West. The Chicago Tribune’s Freedom Center is also located in River West. There are also many art galleries inside converted loft spaces. Many performance artists promote and teach their trades in large studios. River West is considered a less expensive option to River North, while still offering plenty of new office and residential loft conversions, as well as many renovated two and three flats, newly constructed townhomes, and brand new loft communities.

River West is located within West Town, just east of the Kennedy Expressway and west of the North Branch of the Chicago River, between Division Street and Grand Avenue. The Chicago Blue line stops at Grand in River West. The Red line is also not far away and is located right off of Chicago and State.

There are plenty of affordable, as well as higher end restaurants to choose from in River West. If you are looking for something more casual, check out Big & Little’s for some sandwiches, burgers, and tacos. If you’re in the mood for something higher end, check out Piccolo Sogno or La Scarola for some great Italian food. The Dawson is also a great spot with an eclectic menu and handcrafted cocktails. If you want something just in between, go to Thalia Spice for some great Asian food. River West also has some cute boutiques for those looking to find something unique apart from the cookie cutter stores on Michigan Avenue and State Street.

One place worth checking out in River West is the Intuit: The Center for Intuitive and Outsider Art. It is a Chicago-based nonprofit organization that is dedicated to promoting the understanding of and appreciation for intuitive and outsider art through a program of education and exhibition. If you are looking to see a play or musical, check out the Chicago Center for the Performing Arts (CCPA). It is a multi-venue entertainment complex, hosting original productions. They also showcase and educate performing artists. If you are interested in checking out galleries, be sure to go to Woman Made Gallery, Linda Warren Gallery, and Kasia Kay Art Projects Gallery.

Schools in River West include Chicago Academy For the Arts, Chicago Center for Music Education, and Ogden International School of Chicago.

Are you ready to secure the home of your dreams? Are you wanting to understand the world of home buying in Chicago better, identifying what is right for you? Then you have come to the right place. 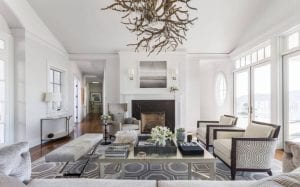 Nearby Chicago Homes For Sale